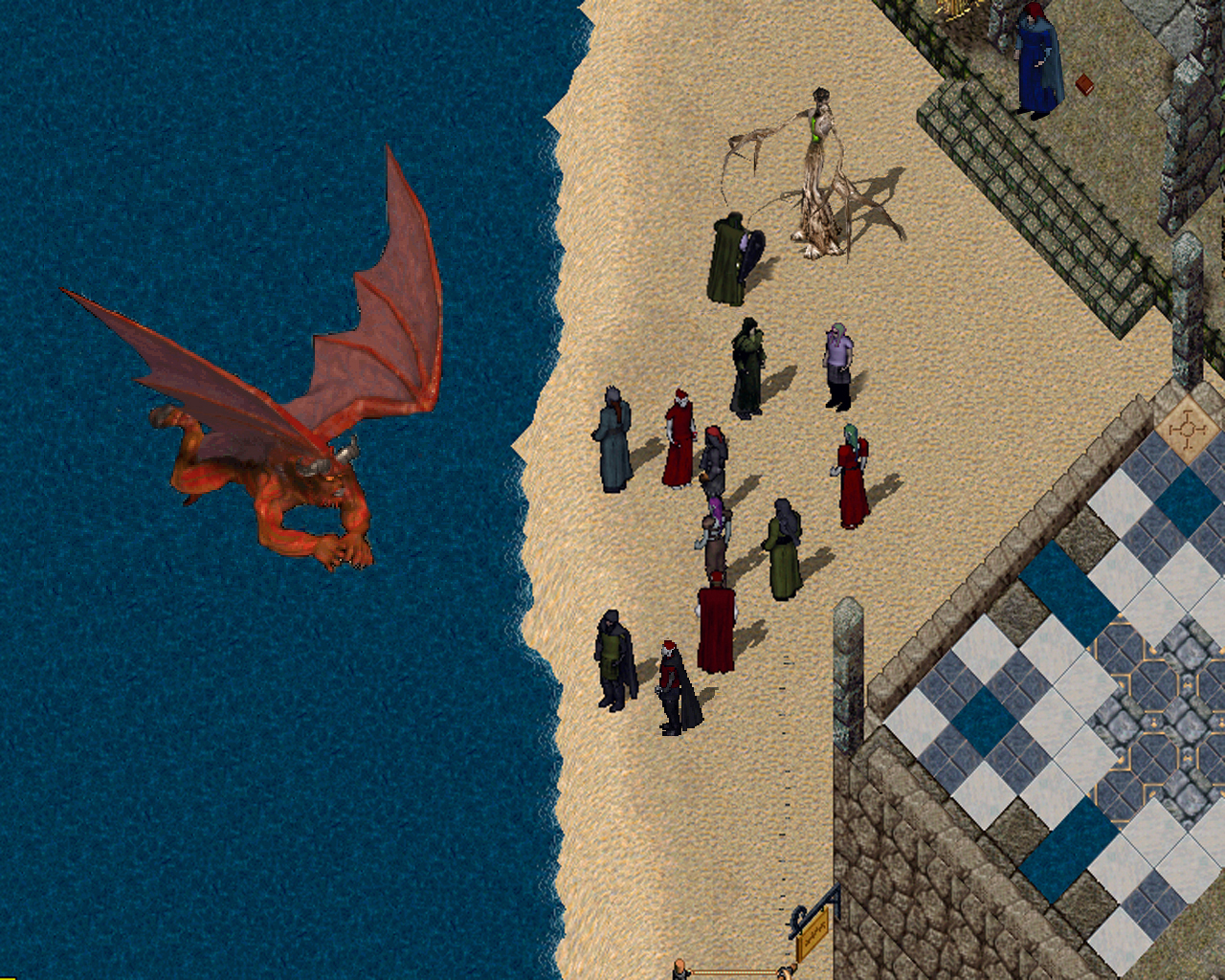 The History of the Settlement of Blackrock

As told by Cear Dallben

It was six earth years ago that the first building was erected on the shores of the Isle of the Avatar. Three Zog Cabalists sailed shore on a December morning. They were Cear Dallben, Olan Zekai, and Martoo Saul. They were followers of Armageddon.

That building was purchased legally as to not raise questions, and is now the library / museum, Anskitas. Within a year two more building were constructed in proximity. One was the home of the leader, Dallben, and the other the Hall of Peace. Then a problem arose. The next home to annex belonged to a citizen of sosaria that many of us do not appreciate, and his legacy home simply would not go.

Four years of endless paging of the gods

Then there was victory, and the home fell to us.

named, Temple of Xornite. All homes are chained together and held in secret. All land there is Blackrock, and Blackrock, is our home.

The entire Settlement of Blackrock has been pictured and archived at the following link.